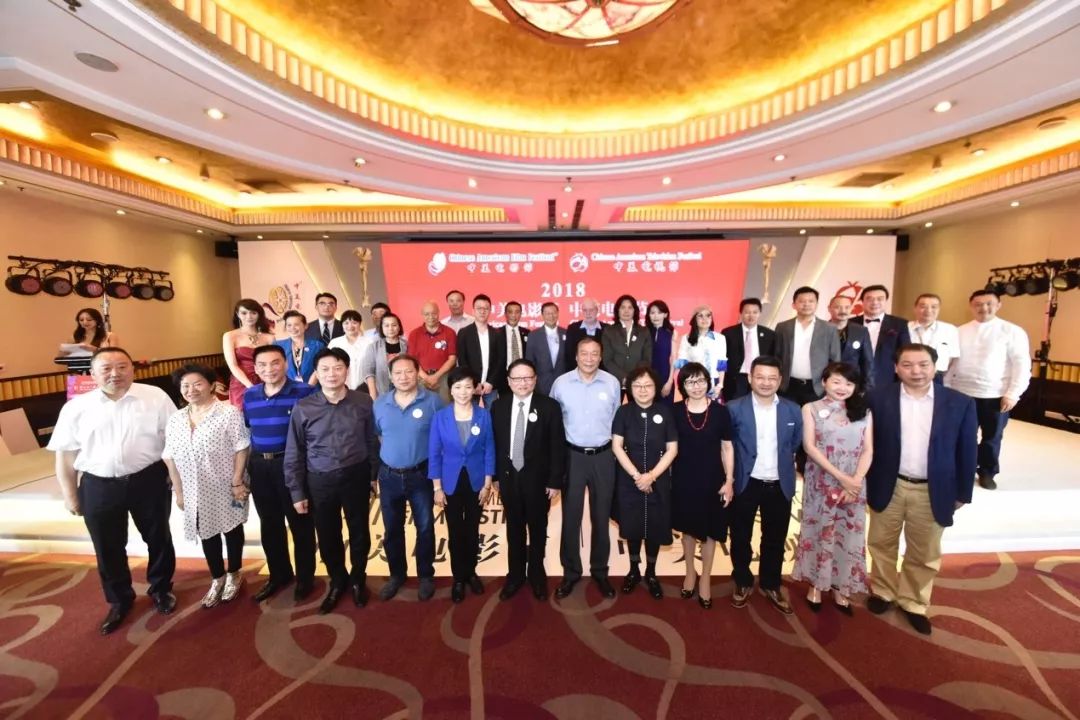 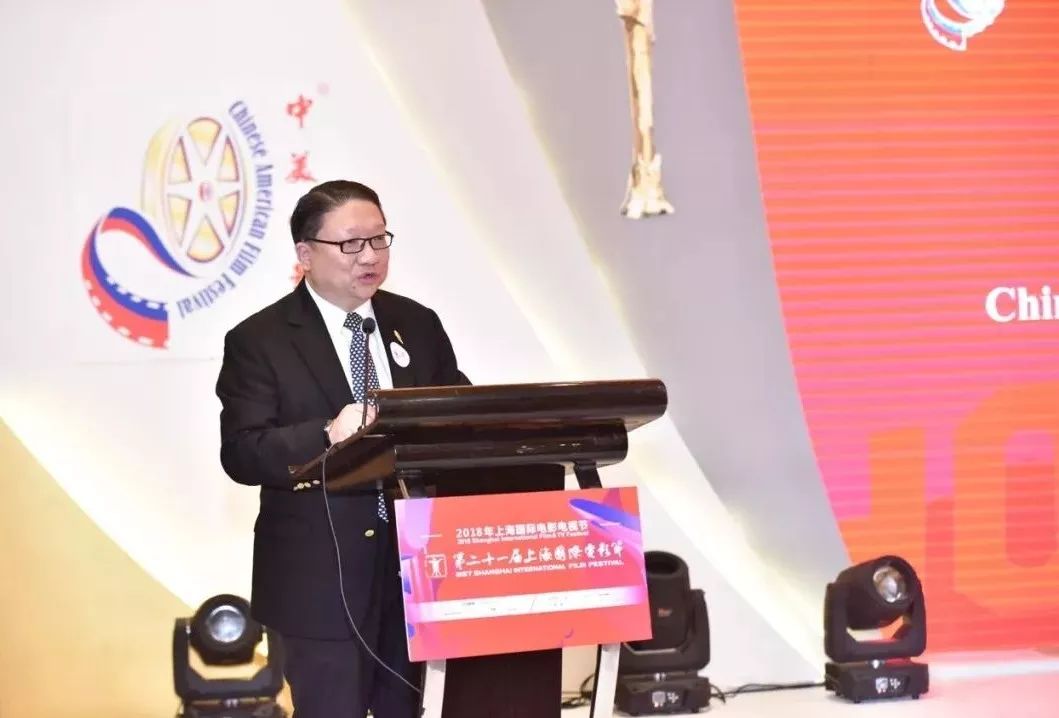 The chairman of CAFF and CATF, and Chairman of EDI Media Inc., James Su expressed his thanks to Shanghai International Film Festival for this opportunity to share our announcements. In the past fourteen years, CAFF has helped Chinese and American filmmakers build a platform for cooperation. It hopes to continue contributing and to promote Chinese-American cultural exchange. Good films and television works are the carriers of culture and culture is the backbone of a nation. This year marks the 40th anniversary of China’s reform and opening up. We will launch a special unit called “A Wonderful 40 Years.” In this unit, the organizing committee will grant a special award, the “International Influencers of Chinese Culture”. We hope to continue to bring Chinese culture to the international stage through film and television works to let the world understand the great Chinese culture. 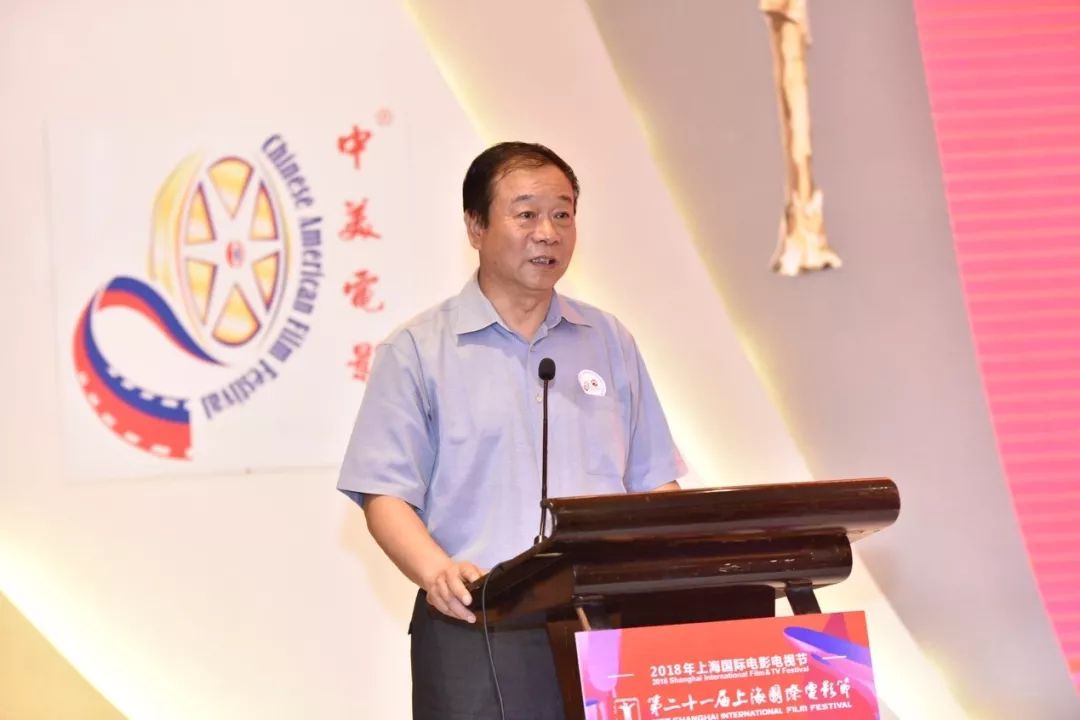 Vice President of China Alliance of Radio, Film and Television Zhang Pimin spoke at the conference, saying that CAFF had entered its 14th year and in these past years CAFF has made tremendous contributions to the cooperation and development of the film industry between the United States and China. He sincerely wished for the success of CAFF. 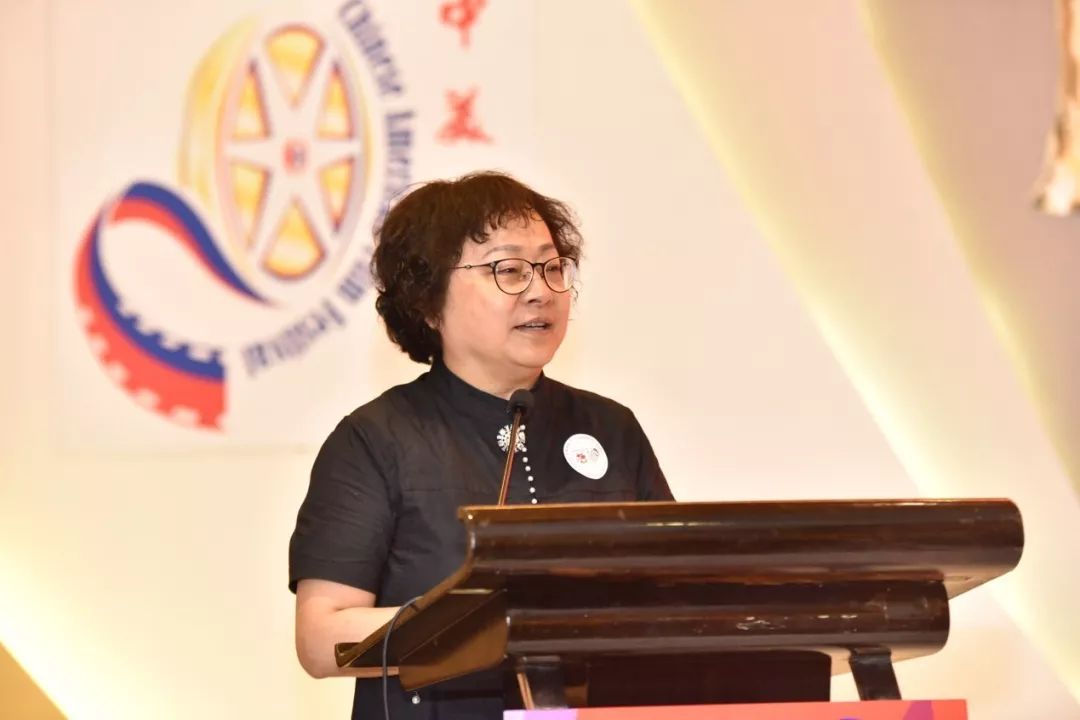 Chairman of the Shanghai Cultural Development Foundation and Director of Shanghai Oversea Culture Research Center Chen Dong said: Film is a dream-making thing. CAFF has built a great bridge to show the world and Chinese aesthetics. He hopes that people throughout the world will pay more attention to the achievements of Chinese aesthetic art, vision and result. 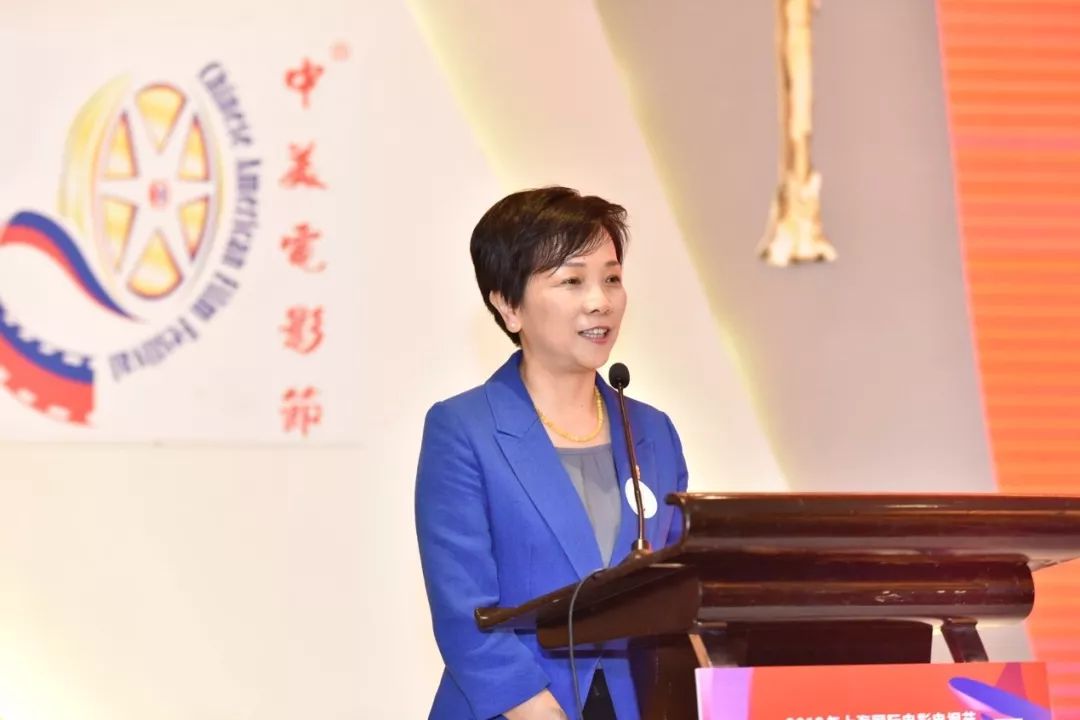 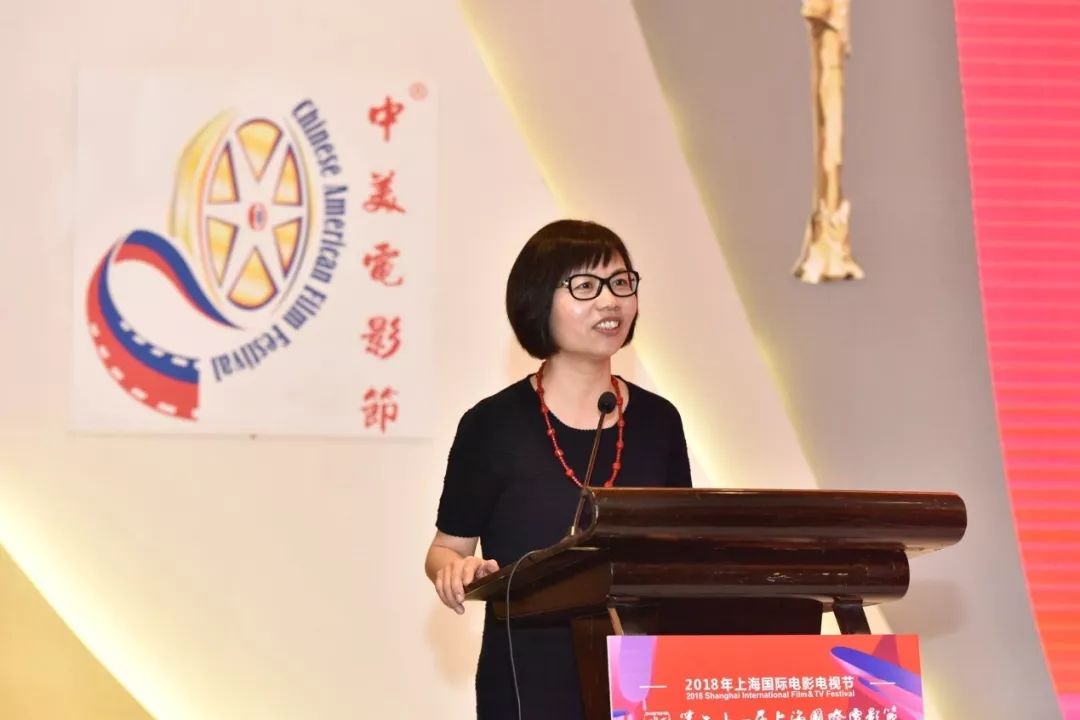 Secretary of Shanghai Radio and Television Station Wang Jianjun, said: Chairman James Su is very innovative and has discovered opportunities as the Chinese film industry has developed and prospered. Chairman Su has made great contributions to the development of Chinese culture and the exchange of Chinese and American cultures. He sincerely wishes that EDI Media Inc. will flourish and CAFF & CATF will continue to thrive. 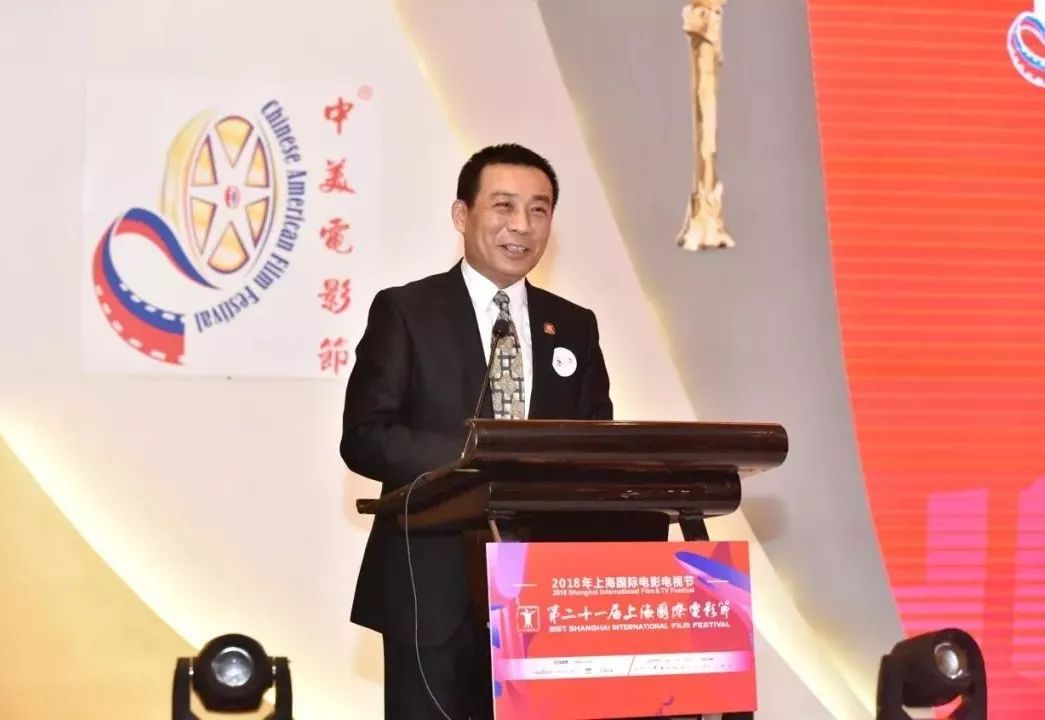 Co-organizer of 2018 CAFF & CATF Film Market and Summit, General Manager of China Film Co. Jiang Ping, said: CAFF has established a very good platform for cultural exchange between China and the United States. Most of the guests present became friends because of the platform of CAFF & CATF. This platform has made their work shine. Here, on behalf of China Film Corporation, I would like to wish the 2018 CAFF & CATF a great success! 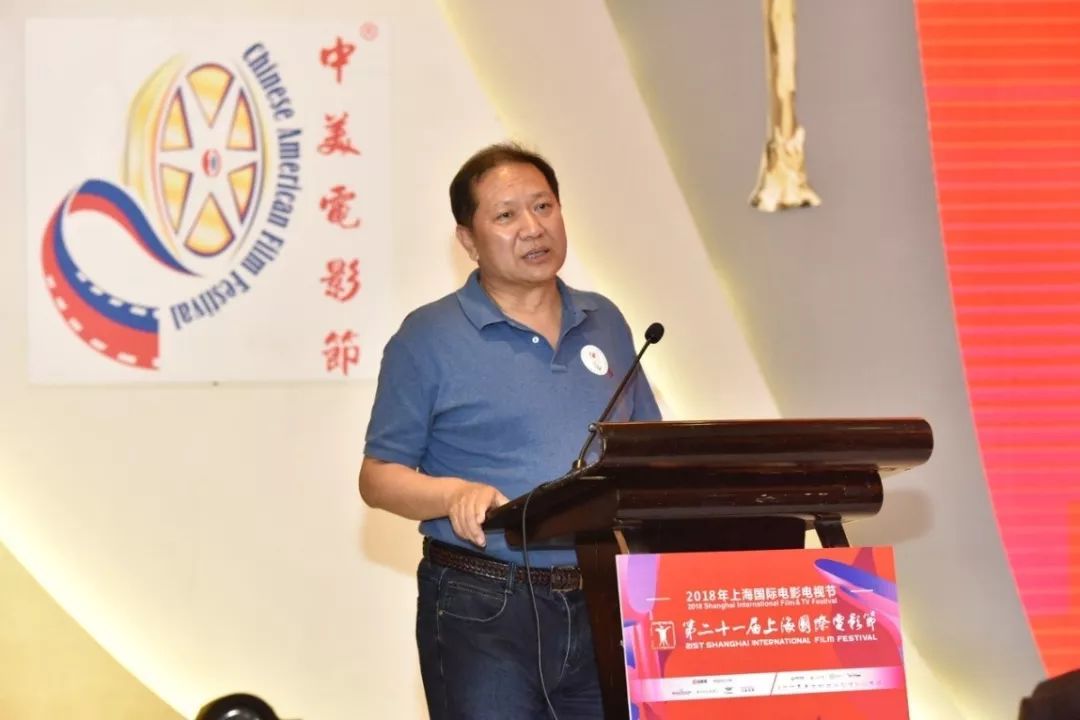 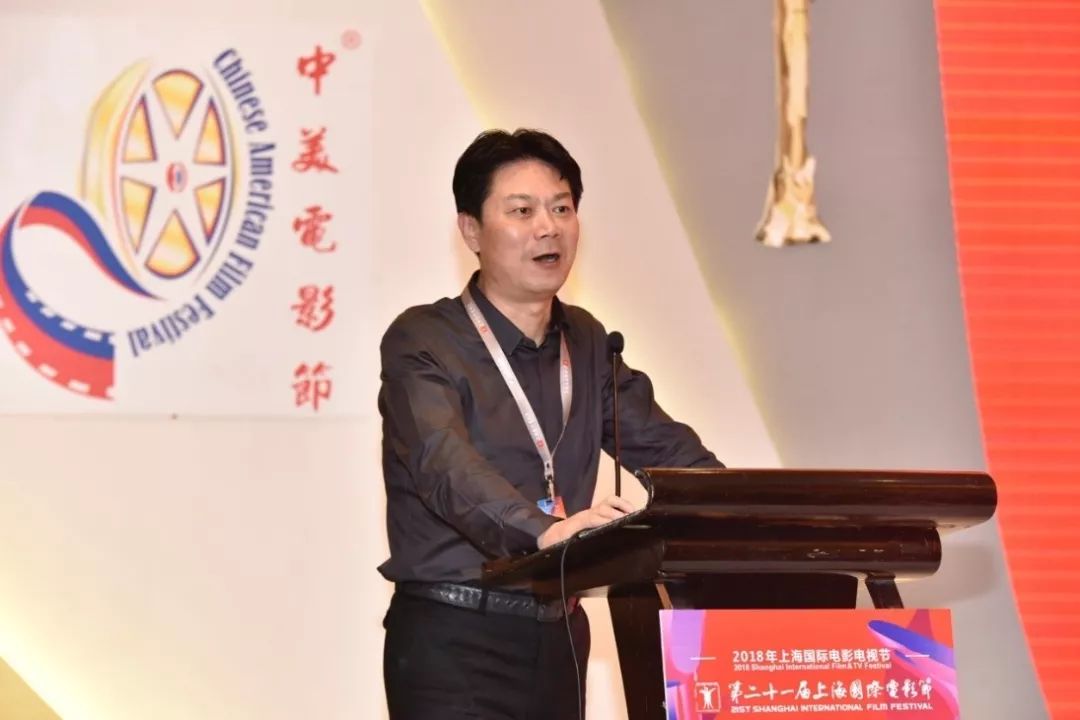 Co-organizers of the 2018 CAFF & CATF Film Market and Summit, Vice Chairman of Radio, film and Television Alliance, and President and CEO of New Culture Group Yang Zhenhua delivered a speech. 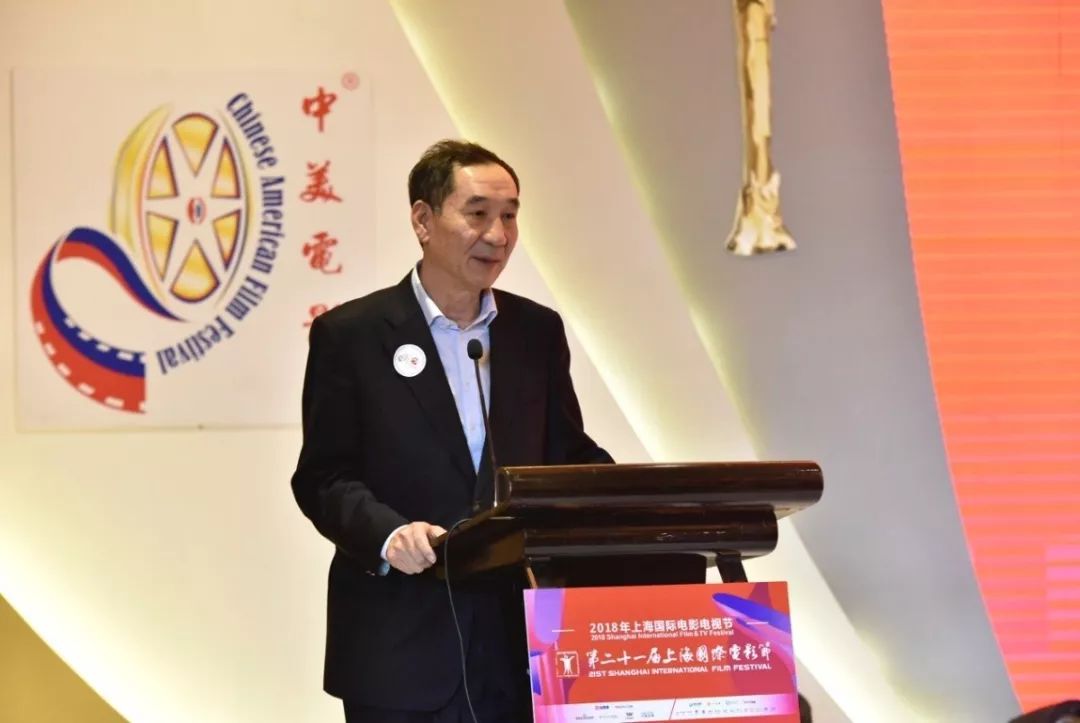 At the press conference, CAFF organizing committee invited the heads of several exhibitors whose works will participate in the 2018 CAFF & CATF to compete for the “Golden Angel Award.” 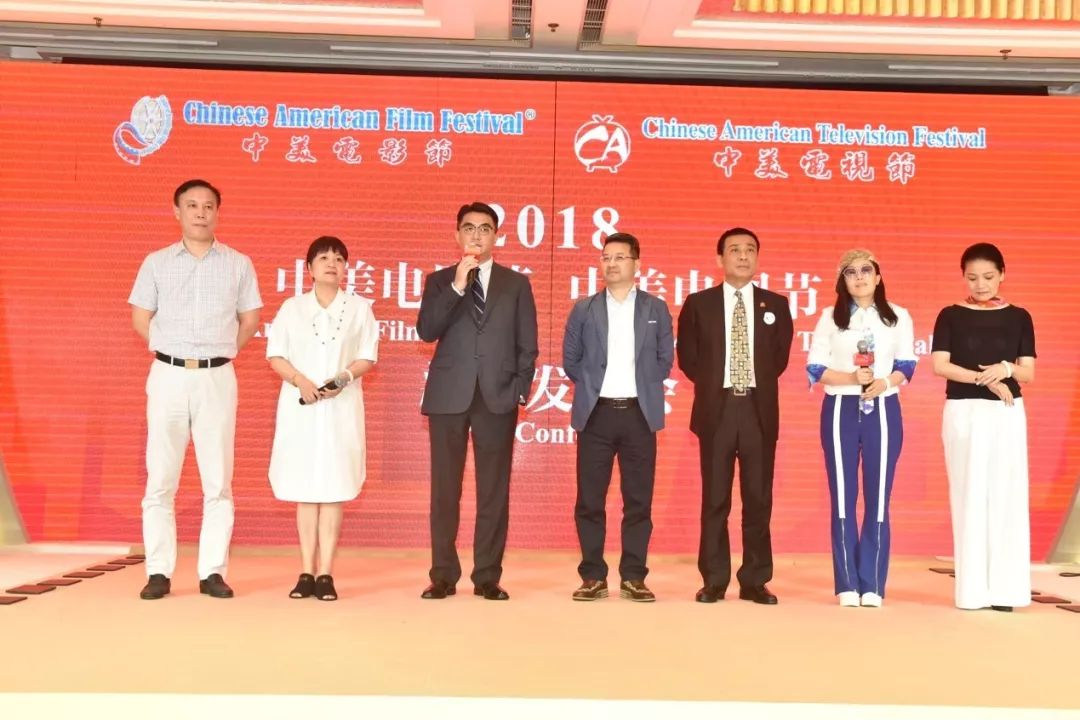 Every year, the Chinese American Film Festival receives approval from the Film Bureau to present the “Most Popular American Film in China Award” to the Hollywood studios in the United States. Every year, an increasingly amount of well-known international film and television companies participate and support CAFF & CATF. 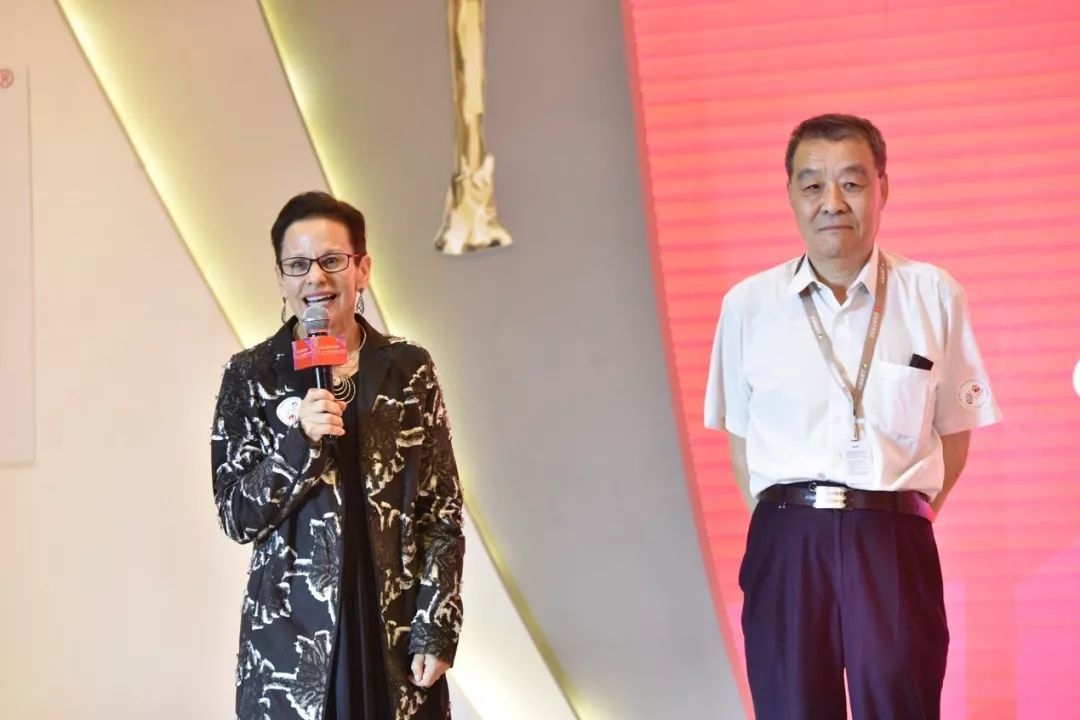 2018 is the 40th anniversary of China’s reform and opening up, and is also the 60th anniversary of the beginning of Chinese TV dramas. The 14th CAFF & CATF organizing committee have set up a special unit of “A Wonderful 40 Years” and a special award  “International Influencers of Chinese Culture”, to encourage the participation of film and television works of various subjects. These works also have the opportunity to be broadcast on the “A Wonderful 40 Years” special program on GETV, allowing more American audiences to experience and ponder the essence of Chinese film, and television works in 40 years and to spread Chinese culture. 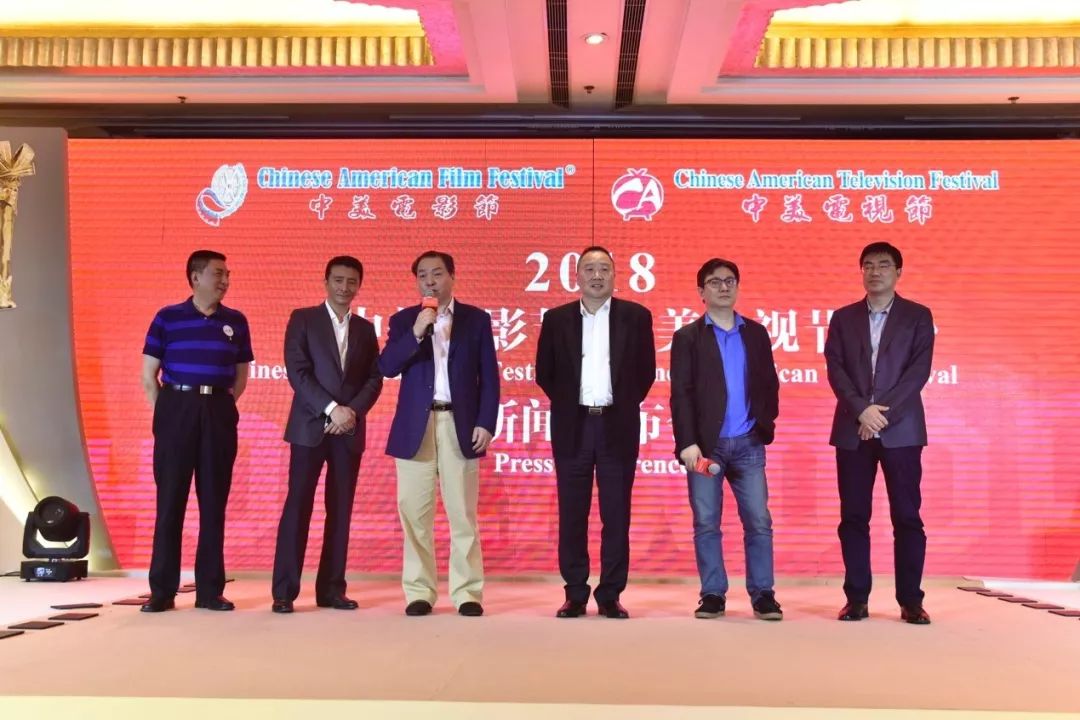 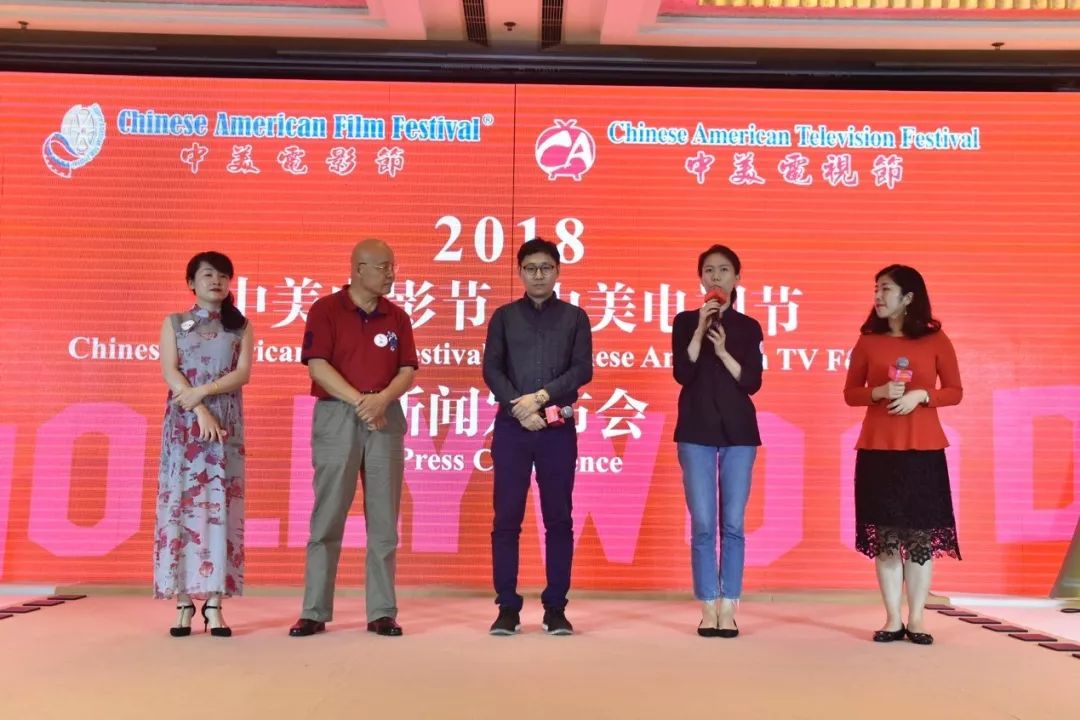 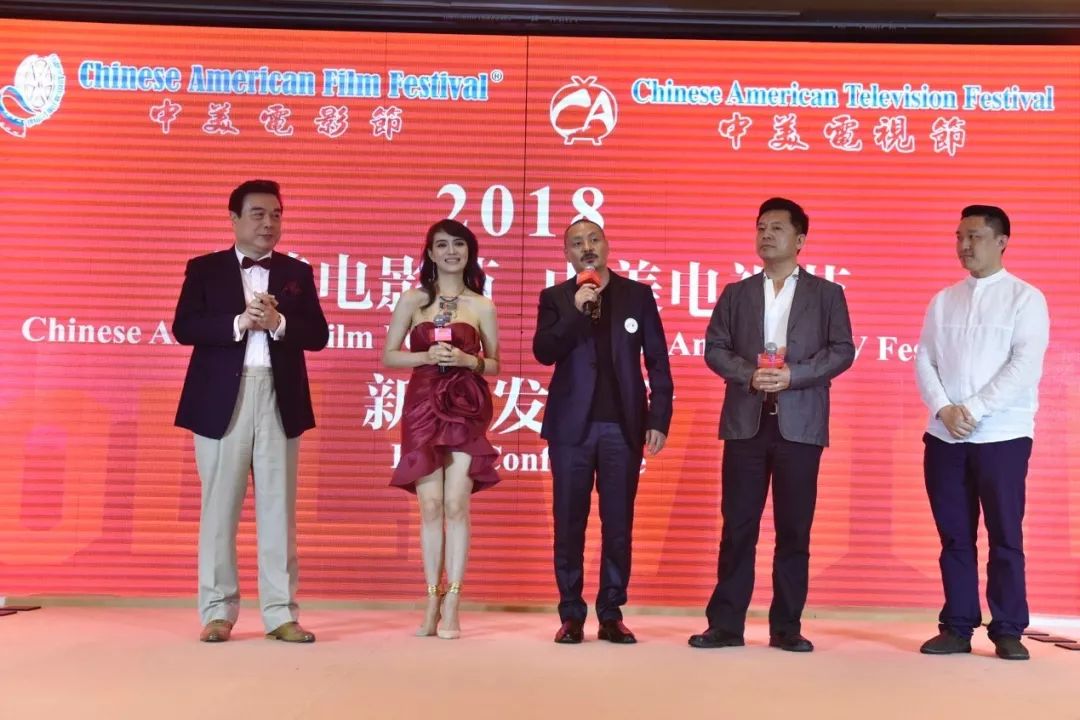 During the Press Conference, many film and television stars and well-known artists from Shanghai also sent their warm wishes. 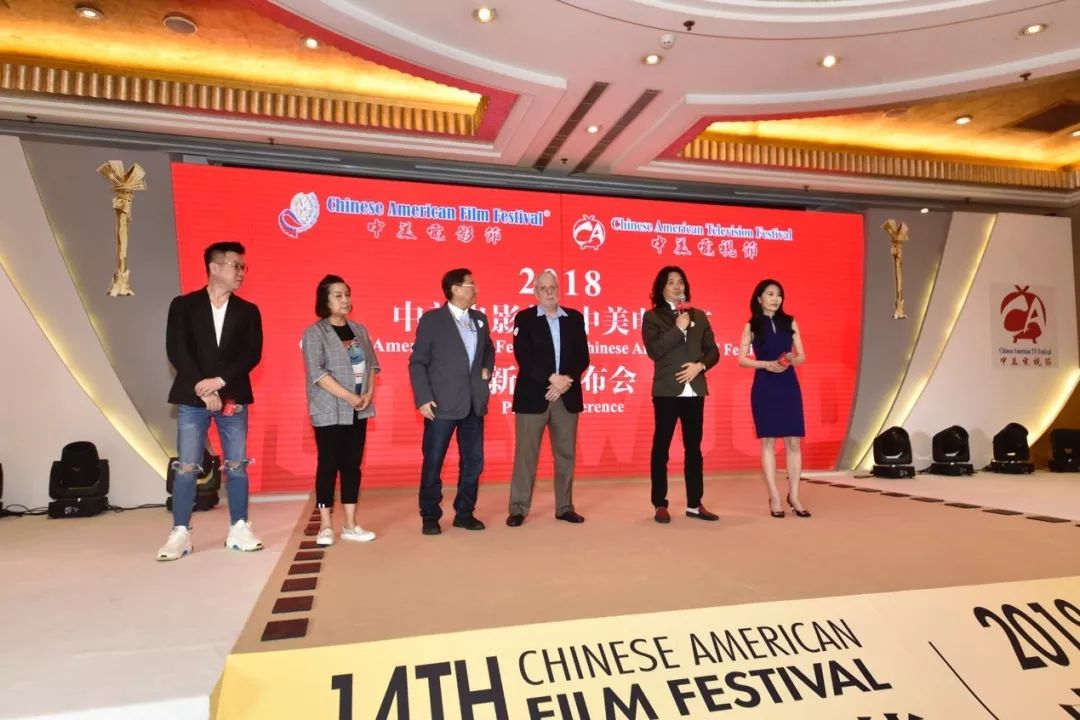 As one of the official activities of Shanghai International Film Festival, CAFF organizing committee announced at the press conference the first batch of Chinese films and TV series enrolled in the 2018 14th CAFF & CATF including: Operation Red Sea, Youth, Porject Gutenberg, Genghis Khan, The Secret Of Immortal Code, Explosion, Bangzi Melody, Happiness Is Coming, The Ex-File: The Return of the Exes, A or B, Love Education, Beautiful Accident, My Pet is an Elephant, Big Ear Tutu: Food Adventure, Miser, Legend of the Naga Pearls, I Am a Doctor, 1st National Gift, Gladiators, Peace Hotel, A family has children in the First Place, Suoma Blessing, National Day of Life and other film and television works that will be presented in Hollywood. This year’s CAFF will continue to set up units for documentary, drama, micro-movie etc. To register, please visit www.cafilmfestival.cn to download the registration form. For more information, please call 13917142182 or email info@edimediainc.com.

The 2018 CAFF & CATF will be held from October 27th to November 30th, with a month long of film-related events, seminars and over 200 screenings in Hollywood, Los Angeles, San Francisco, Dallas, Las Vegas and across America, to provide a broader platform for the cooperation between the Chinese and American film and television industry. On October 28th, CAFF & CATF Welcome Gala will be held; on October 29th, CAFF and CATF Summit and Film & TV Market, co-organized with Producers Guild of America (PGA), the Writers Guild of America West (WGAW), the China Film Group Co., Ltd., Radio, film and Television Alliance, and the China Television Production Association; CATF Golden Angel Awards Ceremony will be held in the evening; On October 30, CAFF Golden Angel Awards Ceremony will be held, and China Film Promotion International will continue to co-organize the “Micro Film Unit” with CAFF Committee; on October 31 CAFF and CATF Outstanding Participation in Film/TV Exhibition will be held, to build a platform for cooperation between the Chinese and American film and television industry. 2018 CAFF will hold a series of professional academic forums and one-month exhibition in major American film companies, universities and museums in the United States.

The VIP guests who attended the press conference on the same day also included: 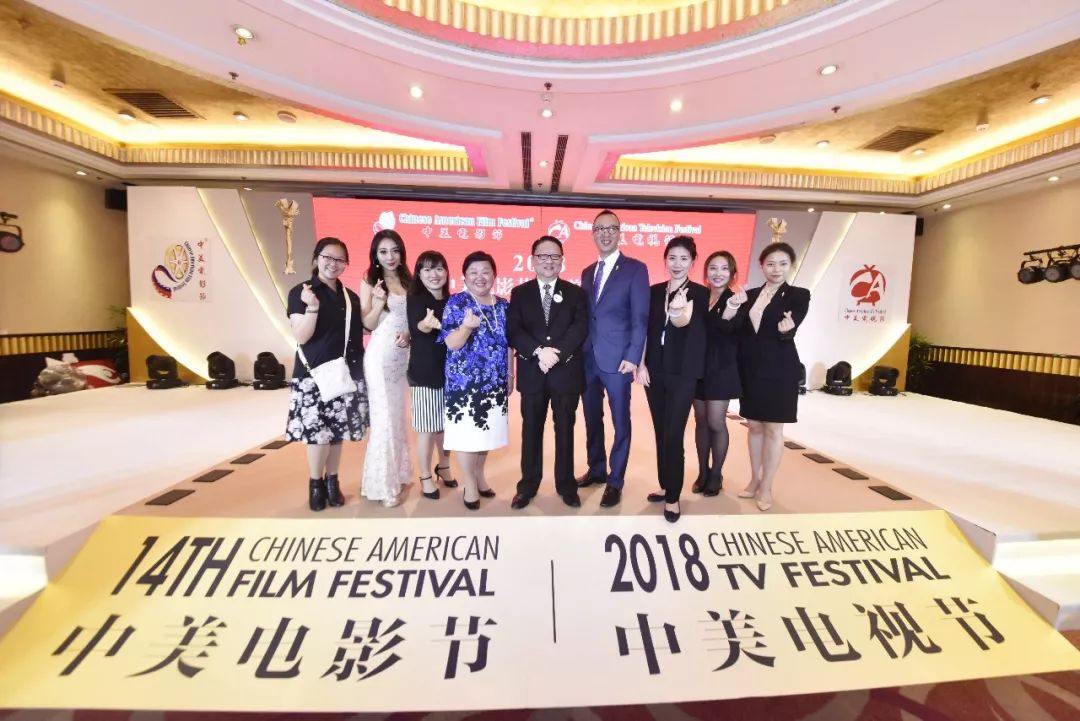 A photo of the CAFF & CATF Organizing Committee 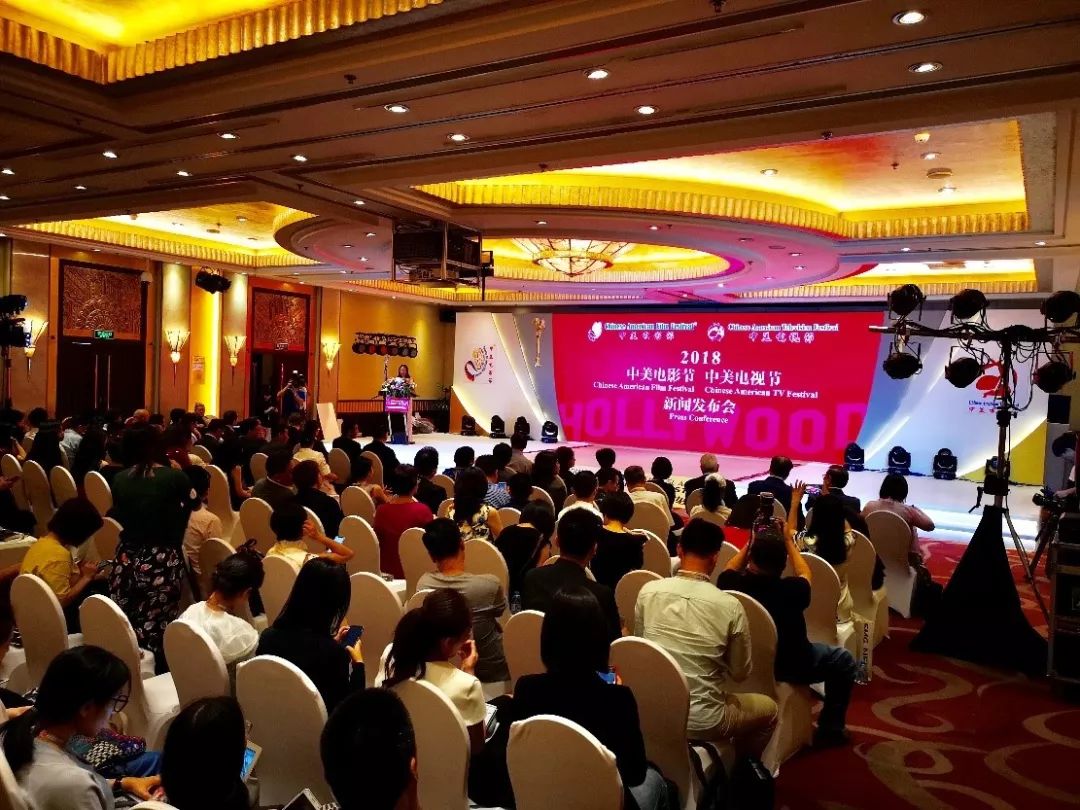 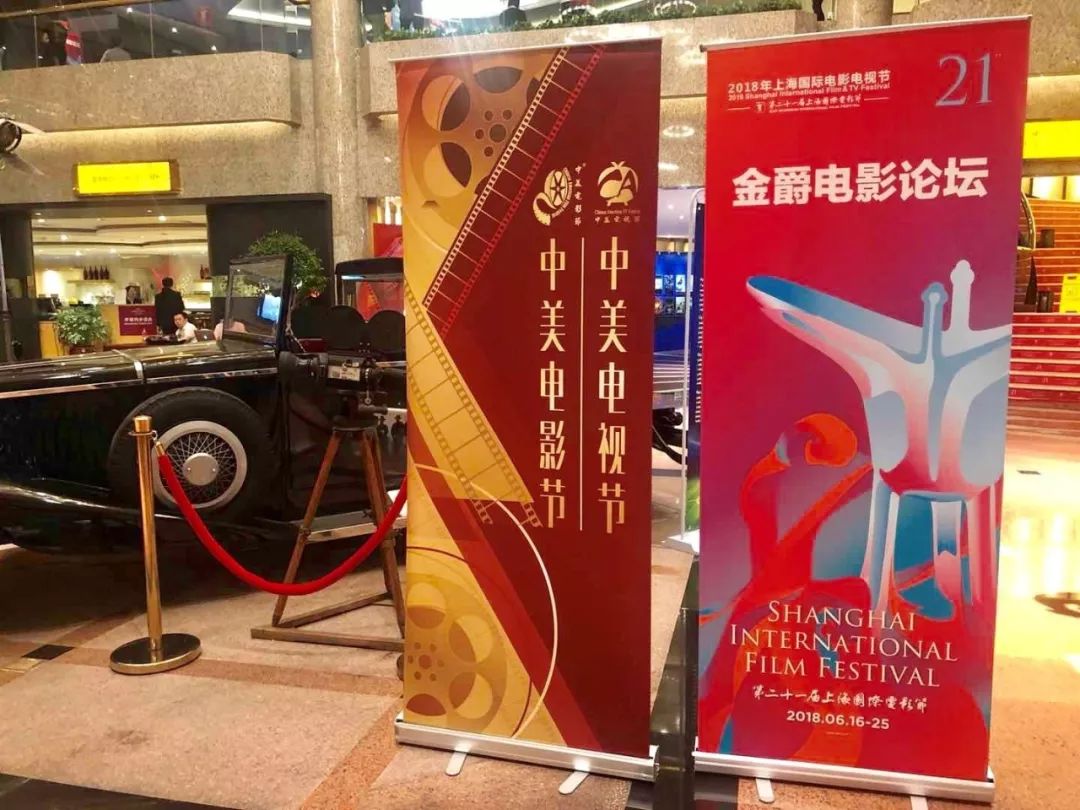 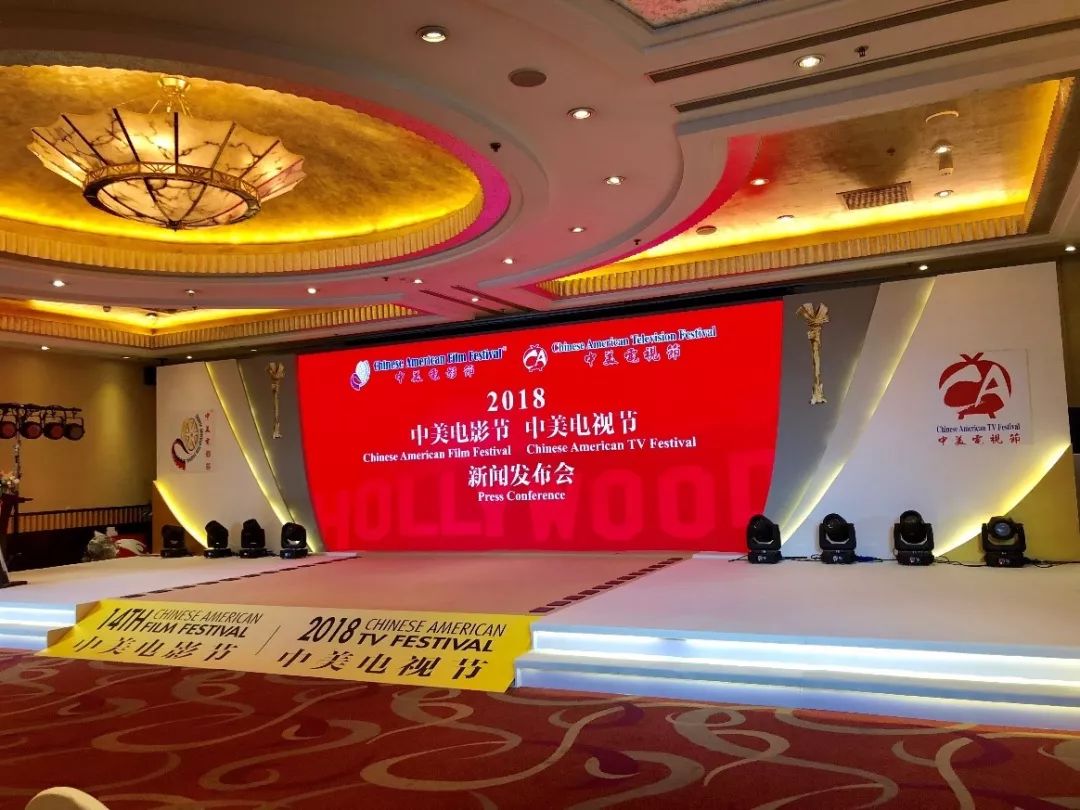 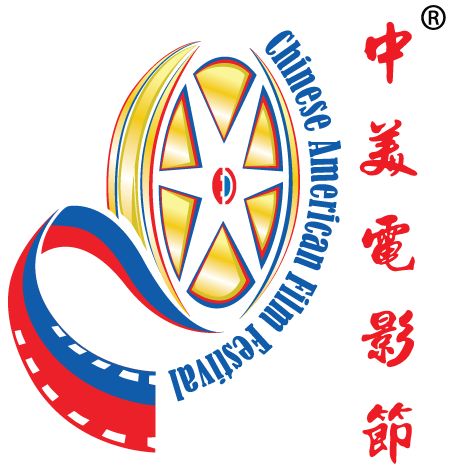 The Chinese American Film Festival (CAFF) is supported by the State Film Bureau, State Administration of China National Press, Publication, Radio, Film, and Television (SAPPRFT), Producers Guild of America (PGA), Writers Guild of America West (WGAW) and the Embassy of the People’s Republic of China in the U.S. CAFF has received letters of recognition signed by two Former U.S. Presidents, Obama and Bush. CAFF has also been included in the 112th Congress, “Congressional Record of 157 No. 194 document”, which praised the Chinese American Film Festival for promoting cultural exchanges between U.S. and China with a high level of dedication, which was also written into the American history. 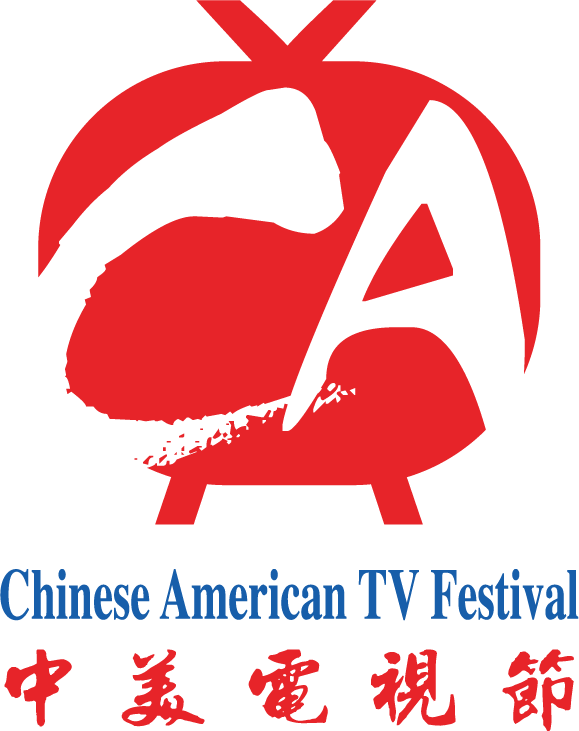 Since 2013, the 9th Annual Chinese American Film Festival, the organizing committee has added the “Golden Angel Award” for the Chinese Excellent TV Drama at the awards ceremony. Every year, nearly 100 TV dramas participate in the competition, establishing new platforms for cooperation and exchange between Chinese and U.S. television industry.  In 2016, the Division of TV Drama and the International Division of China National Press, Publication, Radio, Film and Television Bureau, together with the Organizing Committee, co-hosted the “Chinese and American TV Drama Co-production Summit” and witnessed the signing ceremony of the first China-U.S. TV drama co-production project during CAFF, to promote a co-production between Chinese and American TV industry. In 2017, with the approval of China’s State Administration of Press, Publication, Radio, Film, and Television, the “Golden Angel Award TV Series Session” was officially upgraded to the “Chinese American TV Festival”. CATF will make full use of its resources, advantages and international influence to provide a better display and exchange platform for outstanding Chinese work and talent. It will play a more important role in promoting exchange and cooperation in the TV field between China and the United States and help to promote the international dissemination of China’s outstanding film and television culture.